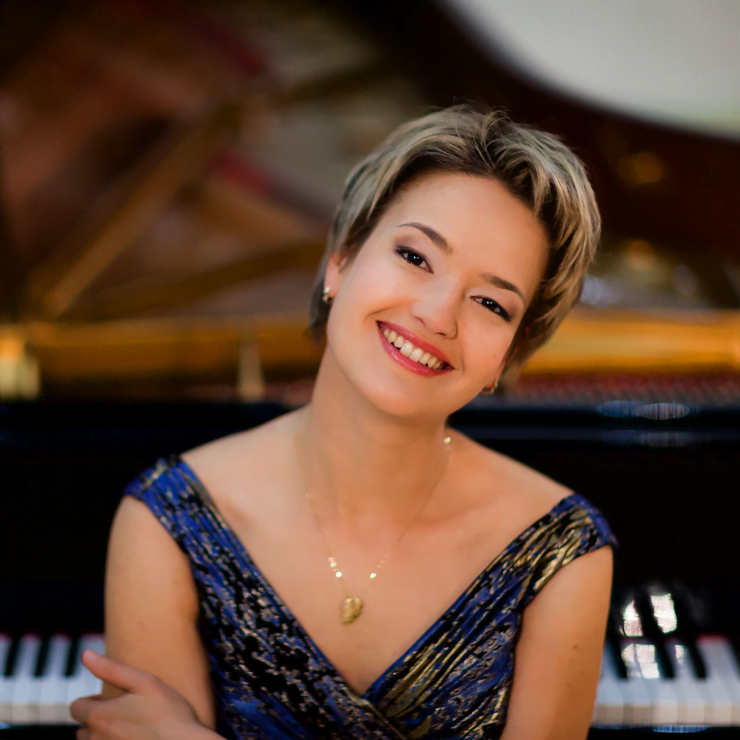 In the program:
Jānis Mediņš, Dainas for piano
etc. compositions by composers

The ability to captivate the audience and create a special concert atmosphere has ensured the concerts of pianist Arta Arnicāne and the demand for the artist’s creative projects throughout Europe. The soulful warmth of the interpretations is combined with refined intelligence, allowing the musician to reach every listener both from the stage in large concert halls and in a narrow circle of chamber music lovers.

The pianist studied with prominent teachers – Teofīls Biķis and Sergejs Osokins in Latvia, Norma Fischer in England and Homero Franceš in Switzerland. Arta graduated with honors from the Jāzeps Vītols Academy of Music of Latvia, the Royal Conservatory of Scotland and the Zurich University of the Arts, obtaining a total of four master’s degrees in performing arts and at the end of the study cycle in Zurich she added a master’s degree in Music Pedagogy to them (2012).

Arta is a laureate of several performing arts competitions and the winner of countless special awards. Arta made a particularly bright appearance in 2010, winning top prizes in piano competitions in Switzerland, England, Poland and Spain. A year later, Arta became the winner of the Prague Spring international competition, which was followed by a series of offers to perform at concerts and festivals held in Czech and Swiss cities, significantly contributing to the international recognition of the pianist.