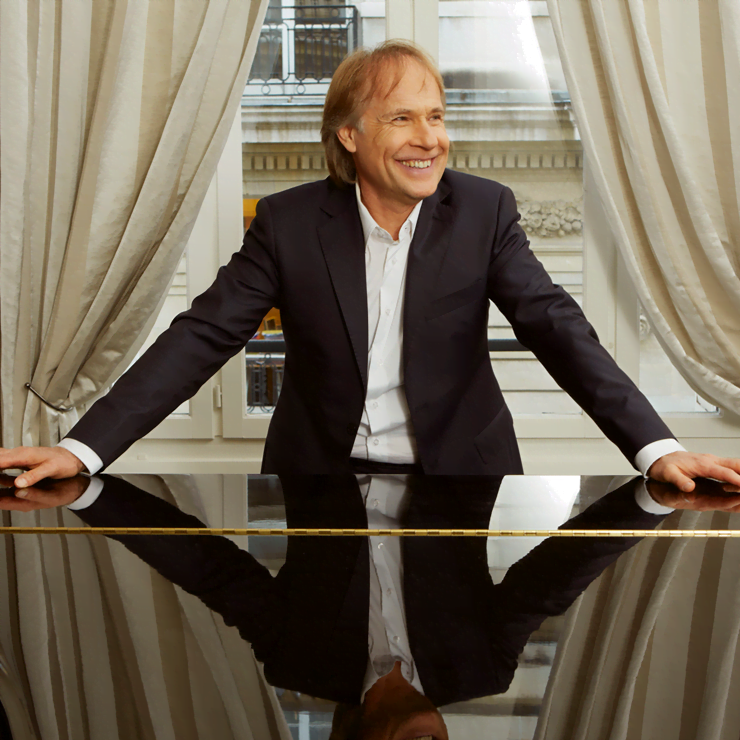 The most popular pianist in the world, Richard Clayderman, will perform in the Concert Hall Dzintari

The world-famous French instrumental music performer Richard Clayderman, known as the “prince of romance”, will visit Latvia again this summer, whose concerts, whenever taken place in our country as well, have been sold out practically every time. He always receives the love and appreciation of the audience.

The modest and sincere Frenchman Richard Clayderman never wanted to become a superstar, but the pianist’s album sales show that he has achieved more in terms of recognition in the world than any other music artist.

Richard Clayderman is not only the best, but also the most successful pianist in the world – this has even been confirmed by the Guinness World Record.

The very first concert of Richard Clayderman took place in 1978 in Vienna. In Latvia he has been giving concerts since 1999, here the pianist is drawn by the audience, which has always warmly welcomed him.

The performance of this talented piano virtuoso can be enjoyed together with the accompanying orchestra on August 14 at 20.00 o’clock in Concert Hall Dzintari.

At concerts, Richard Clayderman will play – both his own songs as well as world music classics. His repertoire ranges from classical to light jazz, but above all, Clayderman is a unique master of romantic moods, as lyrical and gently emotional notes can be sensed through each of his compositions.

Speaking specifically about the romantic piano genre, Richard Clayderman emphasizes that this music is very necessary because it makes its listeners feel even better. The world-famous pianist has observed in his concerts, that the audience comes specially to experience the romance. And this is what we need in our daily life, particularly at these challenging times.