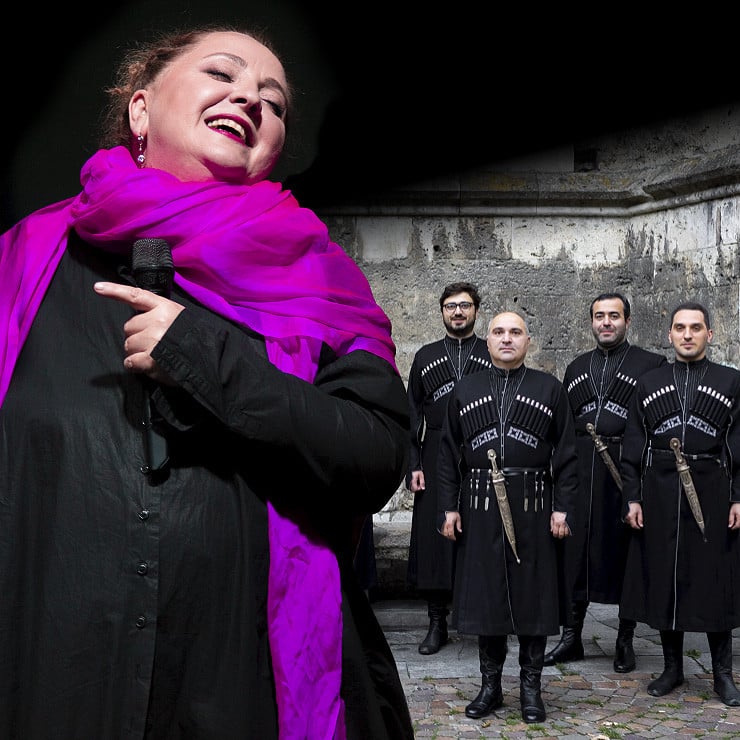 This amazing project is a gift from the Georgian people to Latvia. The gift is very rare and very valuable: the brightest, most sought-after representatives of the traditional and modern Georgian music scene will meet in the space of one concert on July 1 on the stage of the Dzintari Concert Hall.

Nino Katamadze does not need to be introduced to our public, the singer is known, appreciated and loved. Her warm voice cannot be confused with anyone else, and Nino’s style is special: jazz and blues, temperamental funk and inventive fusion. A real diva of ethno-jazz, she sings not words, but feelings, involving both her Insight group and the whole hall without a trace into the stream of melodies, moods, emotions…

The Rustavi Ensemble, the pride of Georgia, and the true custodian of its national heritage is celebrating its 55th anniversary in 2023. During this time, they travelled to more than 80 countries and gave over 5,000 concerts. For their contribution to the development and popularization of Georgian culture, Rustavi were awarded various prizes and awards. The Rustavi Ensemble, which has the unique feature of winning the hearts of its audience, successfully give concerts both in Georgia and abroad.

Together they – Rustavi, Nino Katamadze and Insight – will take the audience to the sunny and joyful world of magical Georgian music.

Tickets can be purchased at the box office of the concert hall “Dzintari” and the network “Biļešu Paradīze”.